Why is Melasma So Difficult to Treat?

As common as the patchy brown pigment of melasma is – a conservative estimate puts the number of women affected worldwide at at least a billion – it’s also one of the most difficult skin conditions to treat and, in turn, one of the most frustrating to live with.

Melasma is fueled by UV light, just like sunspots. And it’s influenced by hormones, as with acne and the scarring it leaves behind. But unlike them, melasma is far harder to tamp down. In fact, the devices frequently used to eliminate the discoloration associated with sunspots and acne tend to make melasma worse. That’s because their heat can trigger the formation of even more pigment in the weeks following treatment.

Instead, dermatologists have come to rely on gentle chemical peels. Though, optimism is growing around a treatment that’s potentially even more effective. New research indicates that microneedling can successfully mitigate melasma, across skin tones. It appears the punctures serve as tiny portals, allowing select lightening agents to seep into the skin’s deeper layers, which are impossible to reach with ordinary creams.

And the benefits don’t appear to end there. I’ll detail how microneedling can minimize melasma and highlight those other benefits in my next blog post. For now, I want to continue unpacking why melasma is so difficult to treat. After all, we didn’t arrive here overnight.

Not all melasma is the same. Some kinds can strain the epidermis or the topmost layer of skin. That variety usually clears with lightening creams. However, melasma can also affect the deeper dermis. And it often affects both layers. In those instances, it’s really resistant to treatment.

Because the condition is fueled primarily by sunlight and female hormones, there’s no true way to cut off the stimulus for melasma. In other words, you may get encouraging results from a gentle chemical peel, but they’re likely to be short-lived. Eventually, nature will regain the upper hand.

That doesn’t mean there’s nothing that can’t be done, though.

Melasma is perpetuated by endogenous estrogen – your own supply of it, as well as outside sources, like birth control pills and hormone therapy. A dermatologist won’t meddle with inherent hormones, but they may recommend stopping the pill, if you can, and trying an alternate form of contraception.

That’s only a possibility if you’re not taking the pill as a treatment for a medical concern, like endometriosis.

It’s not uncommon for a dermatologist to work with a patient’s gynecologist to transition a melasma sufferer to a low-dose pill, or if it’s safe and appropriate, wean them off the pill entirely in order to minimize its ability to spur pigment production.

Then there’s the sun. It’s so unrelenting during the summer that many dermatologists won’t even attempt to treat melasma with anything other than sunscreen and prescription creams during these months.

A broad-spectrum sunscreen with a high SPF needs to be part of your skincare regimen year-round if you have melasma. It’s also a good idea to wear a hat with a brim that’s broad enough to shield any melasma hot spots, like the nose, cheeks, and forehead. 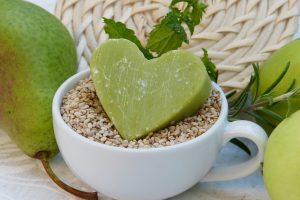 Essential as a skincare routine is, the prospect of starting (or maintaining) one can be pretty daunting. To help remedy that, I outlined the three parts of an effective routine in my last blog post. …